The volume of new lending – mainly to the agri-food sector, small and medium-sized enterprises and the self-employed – is up 12%, and the increase g year-on-year in performing loans is up 4.2% at 1.141.million euros in the first quarter of 2018 to 28.413 million euros.

The Group continues to be a benchmark in the agri-food sector, boasting a 13.4% share of the market in Spain, thanks to its knowledge of the needs of businesses and producers, and an extensive product and service offering for the whole chain of this productive segment.

Its commercial strategy setting it apart as an accessible, social and cooperative bank, supporting local and rural development projects, enabled it to build on its competitive position in the Spanish financial system in terms of market share of credits (2.67%) and deposits (2.29%), ranking eleventh for turnover.

Grupo Cajamar also remains committed to providing a multi-channel service to its 3.5 million-plus customers, through 1,046 branches. The share of engaged customers continues to rise, now standing at 42% of the total. The number of digital banking customers is also up at 660,000, while 120,000 customers now use Wefferent: the Group’s app for customers preferring to bank remotely, without fees or commissions and with a free card. 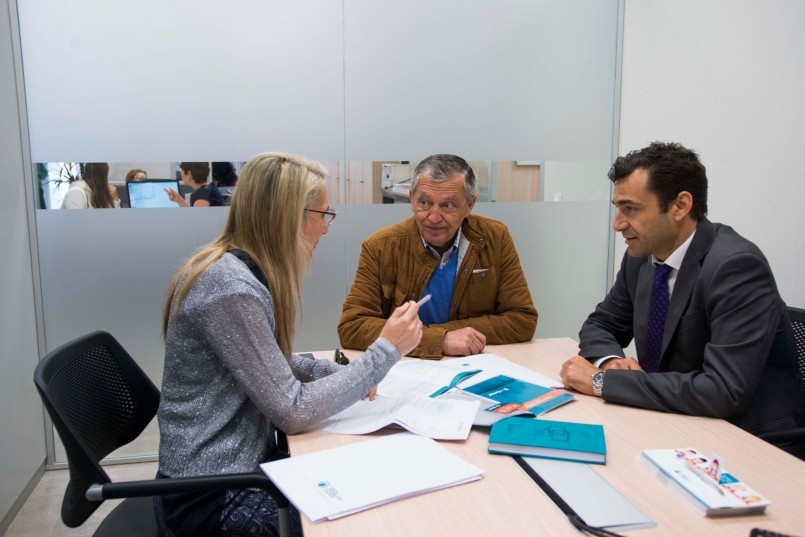 Grupo Cooperativo Cajamar posted a consolidated net profit of 31.5 million euros in the first quarter of 2018 – 27.6% higher than in the same period of the previous year.

This was fuelled in part by a 9.7% rise in recurring gross income, thanks to a greater product and service offering and the mutual fund, insurance, pension plan and consumer lending businesses which, along with the streamlining of the sales network, digital transformation and efficient consumption of funds, has cut operating expenses as a percentage of average total assets to 1.49%.

All of this has improved the efficiency ratio to 59.9% and the recurring net income before provisions, which is 24.8% higher. The return on equity (ROE) improved by close to a percentage point to 4.27%.

Grupo Cooperativo Cajamar remains prudent and pushed ahead with bolstering provisions during the first quarter to further clean up its balance sheet.

The Group is continuing to improve the quality of its balance sheet; as result of managing non-performing assets, mainly through slashing non-performing loans by 23% (945 million euros) compared to the same period a year earlier. This has driven down the NPL ratio by 3 percentage points to 9.8%; while foreclosed asset sales are up 31% year-on-year, reducing net foreclosed assets by 5.8%. This has led to an improvement by 2.9 percentage points the NPL coverage ratio to 49.39%.

During the first quarter, Grupo Cooperativo Cajamar reinforced its solvency and liquidity. It has a comfortable level of wholesale funding and unfettered access to the wholesale markets, considerable capacity to generate liquid assets, and a healthy liquidity position. It complies with the limits imposed by the European Banking Authority, with maturities covered in forthcoming years, free access to markets and high volumes of securities eligible as collateral with the ECB. It therefore has a comfortable liquidity position, with a liquidity coverage ratio of 192.04% and a net stable funding ratio of 112.14%.

Following the application of IFRS 9, eligible capital is 2.5% higher at 3.123 million euros, and the total capital ratio in the first quarter stands at 13% (phased-in) and 12% (fully-loaded). Meanwhile, the CET1 ratio, which includes the highest quality capital, is 11.3% (phased-in) and 10.4% (fully loaded) – in excess of the supervisor’s requirements.

The agenda for the Board of Directors' meeting taking place this afternoon includes a ballot to vote for the re-election of Luis Rodríguez as chairman of the entity, Marta de Castro as deputy chairman, Manuel Yebra as CEO, as well as the members of the Executive Committee and other Committees.