The rating agency explains that the improvement “reflects the Group’s success in the sustained and accelerated reduction of problem assets in the last three years, which has also contributed to an improvement in its capitalisation”.

Fitch explains that the rating upgrade reflects “the group’s success in reducing problem assets in recent years, which has also contributed to an improvement in the group’s capitalisation, both its risk-weighted capital ratios and its distressed asset ratio”.

The rating agency notes, in fact, that “in the past three years, impaired loans have been reduced by over 20% yearly, helped by recoveries, write-offs and foreclosures largely outpacing new entries”. It also explains that Grupo Cajamar’s strategy of focusing on sales of foreclosed assets to retail investors rather than selling large real estate portfolios to institutional investors, as other banks have done, has allowed it to increase the rate of reduction of foreclosed assets, which dropped from 3% in 2017 to 10% in 2019. In addition, the agency welcomes the fact that “the non-performing loan coverage ratio also improved to 49% at the end of 2019”, approaching the industry average in Spain. 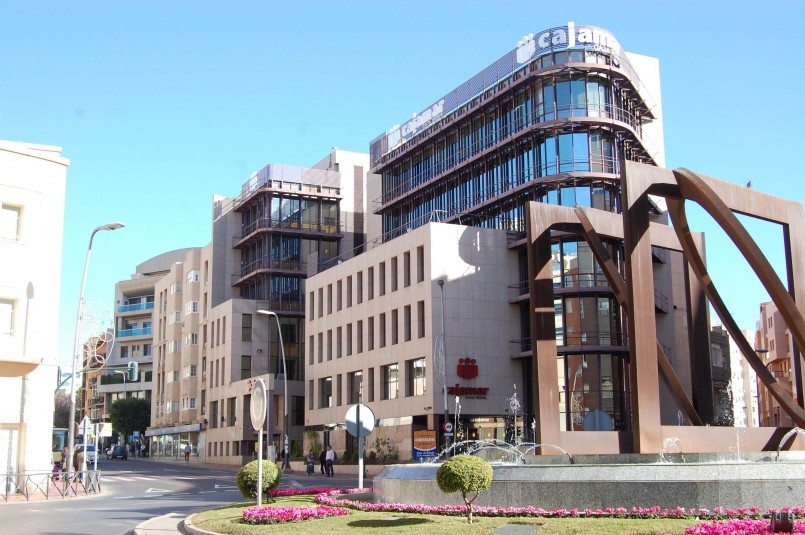 As regards capital, Fitch emphasises that Grupo Cooperativo Cajamar maintains adequate capital buffers, above the minimum requirements. At year-end 2019, the bank’s CET 1 (common equity tier 1) ratio stood at 13%, while the total capital ratio was 14.7%, above the 2020 SREP (Supervisory Review and Evaluation Process) requirements of 9.5% and 13%, respectively.

In its ratings the agency has also taken into account the fact that Grupo Cooperativo Cajamar is the “largest cooperative bank in Spain, specialising in retail banking, with a stable and granular deposit base”, although analysts point to profitability and asset quality as areas for improvement.

Fitch considers that “Grupo Cajamar’s funding structure is appropriate for its business model, with loans financed mainly by a stable and granular retail deposit base”. It also assesses the group’s liquidity position, which it describes as “appropriate in the context of upcoming debt maturities”.

Lastly, the agency notes that, in the longer term, there is potential for further rating upgrades if Grupo Cajamar continues to reduce distressed assets as it has been doing, without weakening its risk-weighted capital ratios, so as to bring the ratio of capital to distressed assets net of provisions to 50%. An improvement in profitability would also have a positive impact on the rating. Conversely, there could be downside risks to the rating if asset quality or capital metrics were to weaken (signalling an increase in risk appetite), although the agency does not expect this to happen.