Growth of commercial activity and reduction of non-performing assets contribute to improvement in the balance sheet and increases in coverage and provisions, and in solvency. 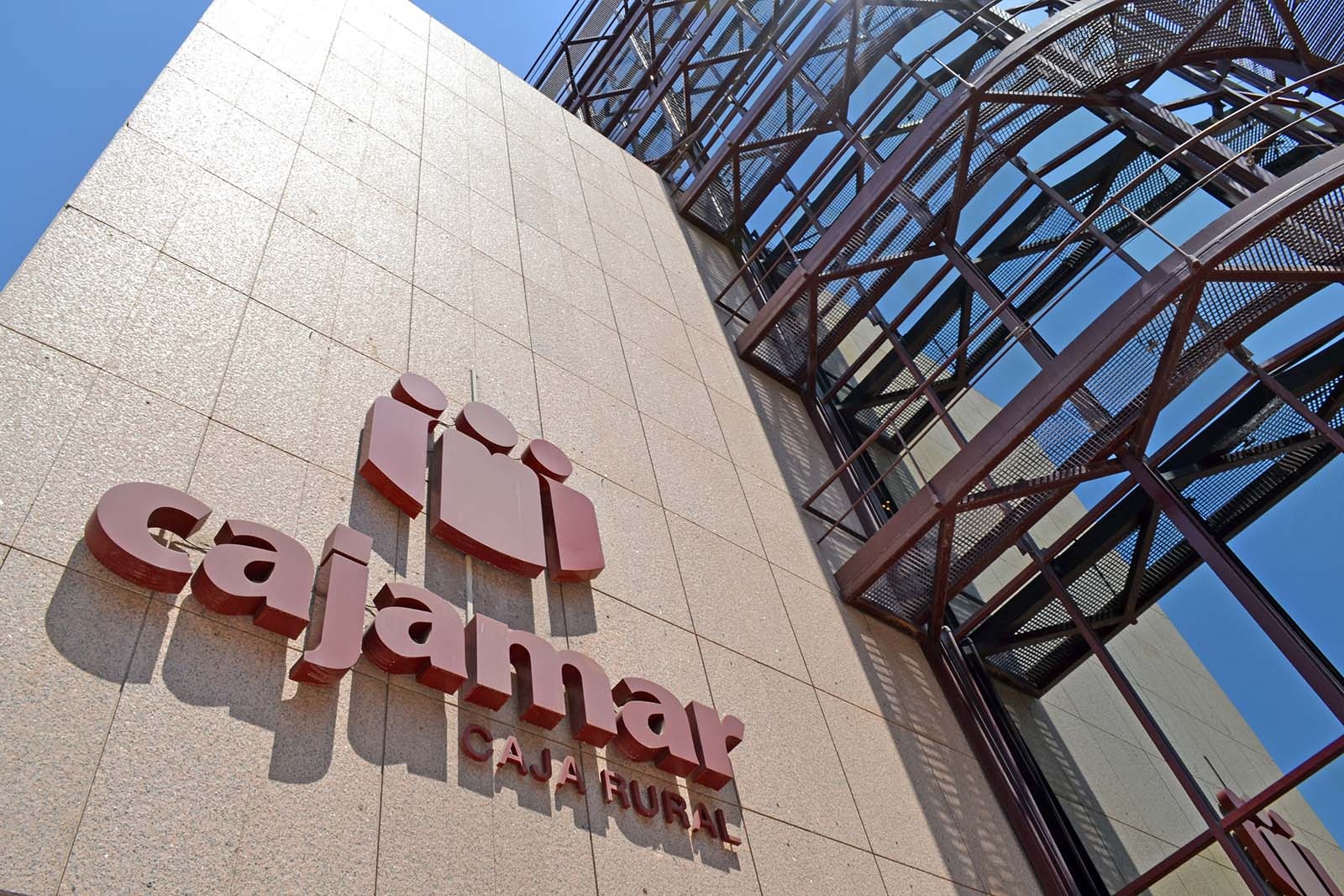 The growth in commercial activity had a positive impact on Grupo Cooperativo Cajamar’s margins in the first quarter of 2022. This, together with the significant reduction in non-performing assets, contributed to an improvement in the balance sheet, an increase in coverage and provisions, and an increase in solvency.

Following its customary prudent management approach, the Group has allocated the bulk of the revenue from the business and the gains on financial assets and liabilities to expand coverage and provisions for non-performing assets and thus to cover the write-down and impairment of financial and non-financial assets. Even so, the Group reports consolidated profit before tax of €32.9 million and consolidated net profit of €29.5 million, up 110.1% on the first quarter of 2021.

The expansion of commercial activity resulted in a year-on-year increase of 8.9% in total assets, which reached €59,666 million, and an increase in the total volume of funds managed, which reached €95,160 million.

Customer funds under management increased by €4,535 million, or 10.9% year-on-year, to €46,220 million, mainly due to increases of 16.4% in sight deposits and 23.7% in assets under management in investment funds. This is despite the fact that the first quarter of the year was marked by uncertainty in the markets, in view of the current international political situation, which has affected the valuation both of investment fund assets and of vested pension plan rights.

Performing loans and advances to customers grew by €1,820 million, up 5.6% compared to the same period of the previous year, to reach a total of €34,164 million, with a particularly noteworthy increase of €4,178 million in new lending, especially to companies, the agri-food sector and households.

Thanks to the positive trend in commercial activity, Grupo Cooperativo Cajamar has been able to increase its domestic market share to 2.9% in investment and 2.5% in deposits. Among the 10 significant institutions in the Spanish financial system, the Group now ranks ninth by business volume and sixth by gross income.

As regards the financial solutions and payment flexibility measures offered to customers facing temporary difficulties as a result of the pandemic, almost all of the €988 million of moratoria granted, namely, €986 million, of which only 4.3% are non-performing, have expired. At the same time, the outstanding balance of ICO guarantee loans has fallen to €1,691 million and now represents only 4.7% of gross loans and receivables. 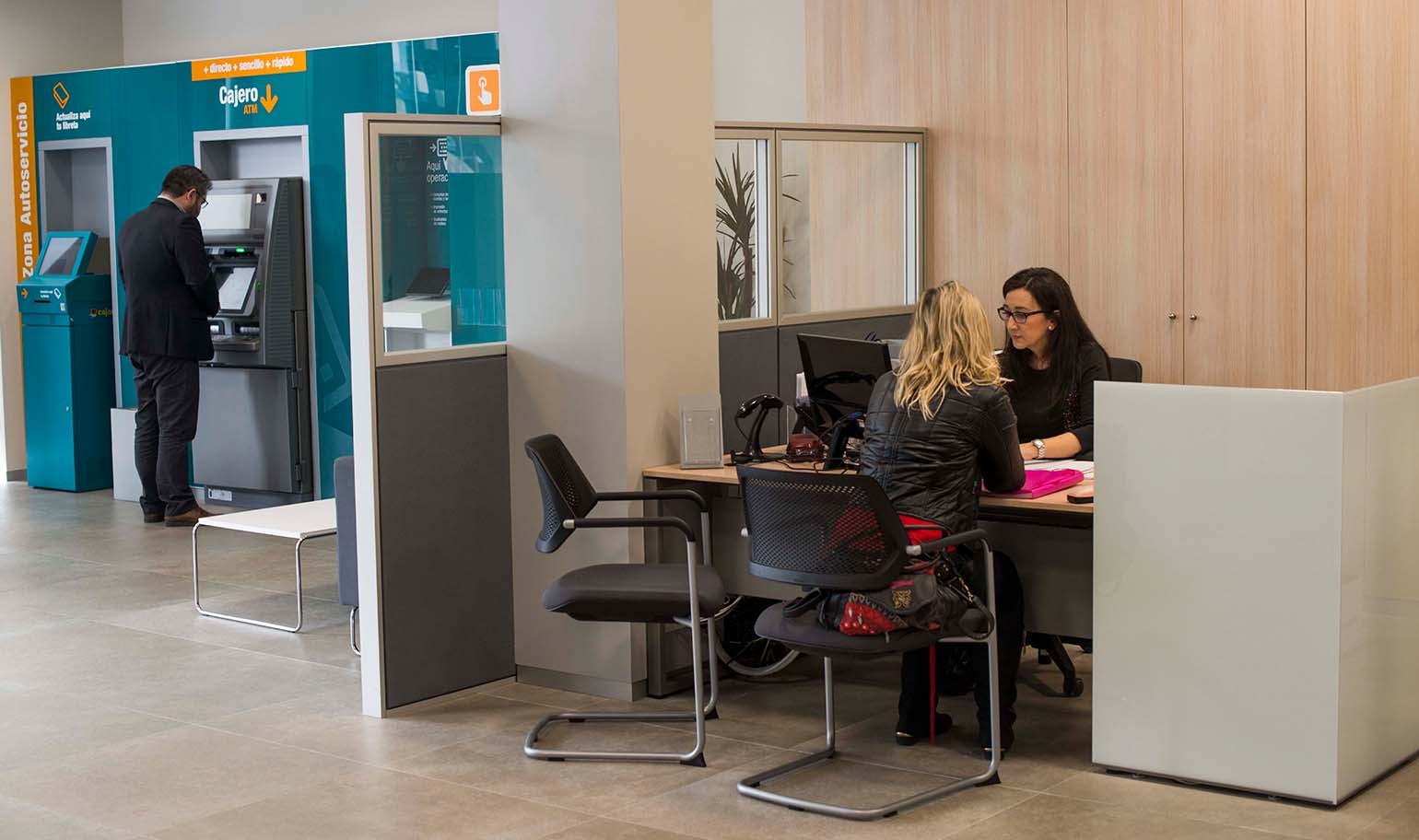 In the last 12 months, more than 100,000 individuals and companies have become members of Cajamar Group entities, which now have almost 1.6 million members and more than 3.6 million customers, who receive face-to-face service from 5,314 professionals in 870 branches and 158 agencies, 30% of which are in municipalities with fewer than 5,000 inhabitants. In addition, a total of six mobile branches (vehicles travelling from place to place) deliver financial services to 42 rural communities with fewer than 1,500 inhabitants, protecting them from financial exclusion and, above all, meeting the needs of older people.

Grupo Cajamar’s digital, electronic and mobile banking channels and 1,511 ATMs are used by 970,000 digital customers for their everyday transactions, that is, 11.7% more than in the same period of the previous year. Of this total, 832,000 are mobile banking users, marking an increase of 20.9%.

The total capital ratio is up 0.2 percentage points at 15.6%, with notably strong growth in eligible own funds, up 7.5% year-on-year, underpinned by CET1 capital strength, with the number of cooperative members having grown by more than 100,000 in the last 12 months. Meanwhile, the phased-in CET 1 ratio is 13.1% and the fully loaded ratio, 12.9%, meeting all regulatory requirements, with a surplus, on a phased-in basis, of €1,175 million of CET1, €686 million of Tier 1 capital and €636 million of total capital.

In the third quarter of 2021, €500 million of senior preferred debt was issued, bringing the MREL ratio to 18.2%, thus exceeding the MREL requirements set by the supervisor for 1 January 2022 by 1.7 percentage points.

Meanwhile, customer deposits have continued to grow, allowing further improvement in the loan-to-deposit (LTD) ratio, which reached 84.1%, 3.7 percentage points below the level recorded at the end of the same period of the previous year.

Grupo Cajamar also maintains a comfortable liquidity position, with the volume of available liquid assets having grown to €13,262 million, including both high-quality liquid assets (HQLA) and other discountable liquid assets and central bank deposits. On top of that, it has mortgage covered bond issuance capacity of €4,472 million. It thus easily complies with the limits set by the European Banking Authority, with a liquidity coverage ratio (LCR) of 204.4% and a net stable funding ratio (NSFR) of 139.5%.

Grupo Cooperativo Cajamar has strengthened its position as a benchmark institution for the agri-food sector and has grown its domestic market share in the primary sector (agriculture, fisheries and livestock) to 15.5%, offering a range of specialised products and services, as well as specialised technical advice and knowledge transfer programmes for companies, cooperatives and producers, thus helping to improve the competitiveness, funding and information management of the Spanish agri-food sector.

Through the Plataforma Tierra project, Cajamar continues to promote innovation, digitisation and sustainability in the agri-food sector through research, studies and trials at its experimental centres in Almería and Valencia, which organised 62 visits and knowledge transfer actions, both face-to-face and online, which were attended by more than 7,200 people.

The Group has also been present at international and national trade fairs, such as Fruit Logistica, Alimentaria, Meat Attraction, Agroexpo and FIMA, accompanying agri-food companies to assist their promotion and national and international expansion. It has helped organise business forums and meetings, creating awareness of the challenges facing Spanish companies and the business modernisation and innovation opportunities offered by the Next Generation European funds.

Grupo Cajamar continues to share knowledge with the business sector and society at large through new publications, notably the report on ‘Sustainability in livestock production’ published in the first quarter of this year, as well as its regular updates on different markets and subsectors.

In 2022, Grupo Cooperativo Cajamar received the highest distinction from the Sustainalytics agency, Top Rated, placing it among the global top 50 companies with the highest rating for environmental, social and governance (ESG) risk management. This distinction has allowed it to obtain three distinctive ESG labels that identify it as a benchmark institution at the global (ESG Global 50), regional (ESG Regional - European) and industrial (ESG Industry - Banking) level, according to the Sustainalytics ESG Risk Rating report.

Grupo Cajamar’s cooperative banking model and commitment to supporting people, companies and local production systems is founded on a sustainability policy based on its social, environmental and corporate governance principles.

The goals of the Group’s Sustainable Finance Master Plan are to consolidate and strengthen its sustainable culture, meet the demands of international regulatory bodies, help set out a decarbonisation roadmap for reducing CO2 emissions and reaching net zero emissions by 2050, and support its members and customers throughout the process of fair transition towards a low-carbon economy.

The Group has also established a Sustainable Bond Framework, under which it plans to issue social, green and/or sustainable bonds, as an effective means of channelling investments to combat social exclusion and promote sustainable development. For this purpose, it has established exclusion criteria, valuation strategies and unwanted linkages, having specified a range of exclusions for the ecological transition, as well as ethical exclusions.

Grupo Cooperativo Cajamar is a member of various organisations working to promote sustainable finance and fight climate change. It is committed to the Principles of the United Nations Global Compact; it is a member of UNEP FI and a founding signatory of the Principles for Responsible Banking; it reports its carbon footprint to the Carbon Disclosure Project (CDP); and it supports and follows the recommendations of the Task Force on Climate-related Financial Disclosures (TCFD) in respect of Sustainable Finance. In addition, it has signed a commitment to the Science Based Targets initiative, having undertaken to set Net Zero emission reduction targets.

In relation to transparency and management, it calculates its carbon footprint each year and offsets 100% of its emissions by purchasing carbon credits for the “Conservation of the Amazon in Madre de Dios (Peru)” project, thus contributing to the reduction of deforestation in the area and hence to sustainable forest management that will generate benefits for local communities.