Grupo Cajamar posts net profit of €62.6 million, up 163.6% after bolstering its balance sheet

Income generation and a paring back of non-performing assets (NPA) contribute to boosting coverage, provisions and solvency. 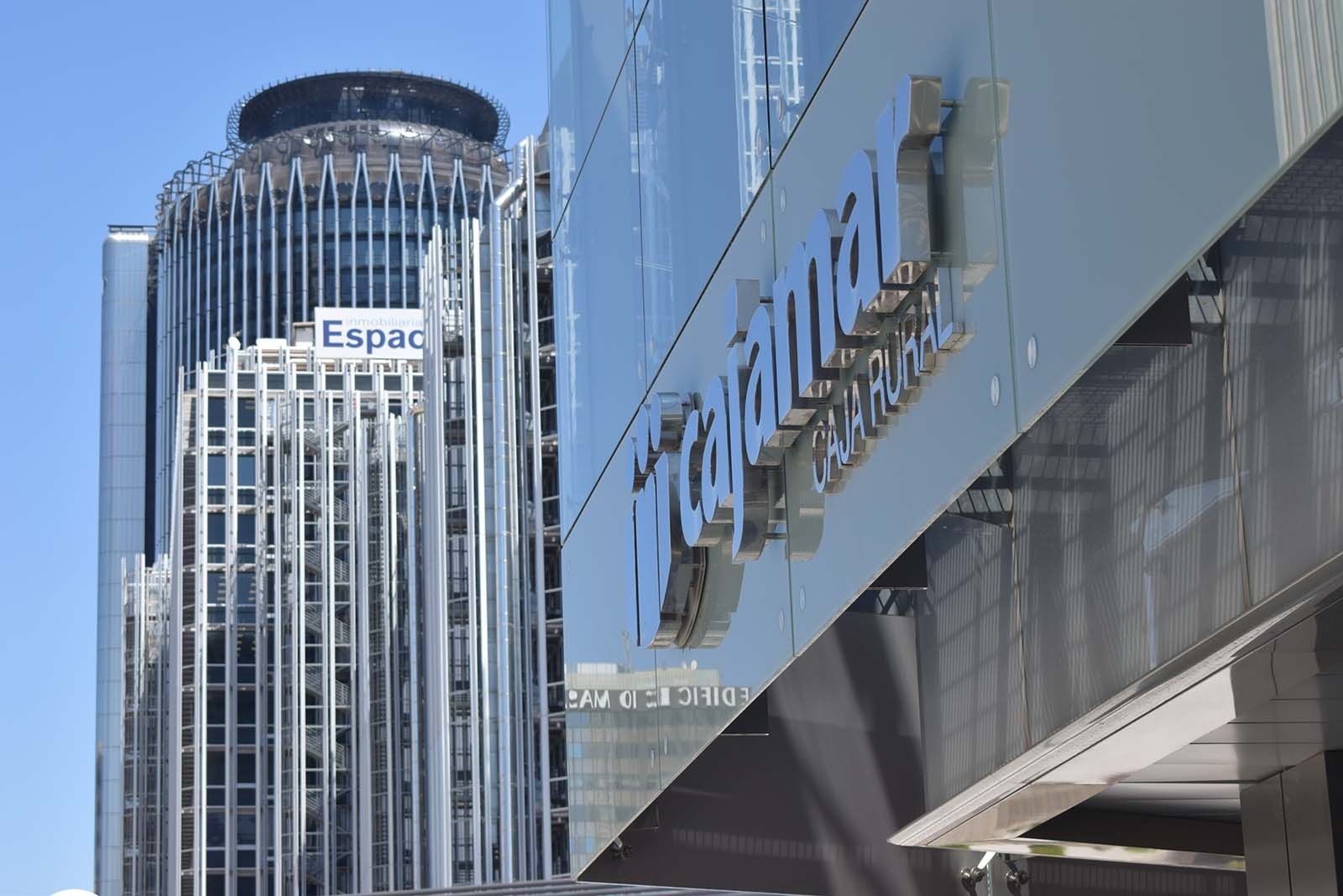 The cooperative bank Cajamar’s decent performance is reflected in its income statement at the close of 2021 – a year shaped economically and socially by Covid when significant income generation and a notable paring back of non-performing assets enabled the bank to continue cleaning up its balance sheet, boost coverage and provisions and improve its solvency.

Against this backdrop, it continues to enhance the quality of its assets, earmarking most of its revenue and gains on financial assets and liabilities to shoring up NPA coverage and provisions. As a result, pre-tax earnings have climbed to €77.8 million, while consolidated profit after tax stands at €62.6 million thanks to a 163.6% increase versus the same period in 2020.

Management of NPAs has led to a €350 million reduction in total NPLs, which is 21% lower YOY and brings down the NPL ratio 1.2 pp to 3.6%. This is below the sector average of 4.3%. After setting aside €474 million to cover financial assets and liabilities – 28.1% more YOY – the NPL coverage ratio is now 71.3%. This is a significant increase of 12.4 pp from the same period in the previous year.

The business’s decent performance has seen gross income rise by 30.3% to €1,371 million, off the back of: a 10.1% YOY increase in net interest income thanks to: revenue generated after the financial activity of companies and households picked up; interest expense savings; and gains on financial assets and liabilities (+116.5% YOY).  As a result of all, the cost-income ratio likewise is now 43.4%, having improved by 11.2% compared YOY.

The success of the commercial arm is reflected in the YOY growth of 9.1% in total assets to €58,513 million and in the increase in total volume under management, which is now €95,221 million.

Customer funds under management rose 12% compared to the same period in the previous year and now stand at €45,145 million, with the 16.6% increase in demand deposits and 41.2 % advance in mutual funds standing out.

Performing loans to retail customers grew by €1,710 million (5.3% up YOY) to €33,782 million, especially due to a 7.8 % increase in new lending, particularly to businesses, the agri-food sector and households.

Looking at financial solutions and flexible payment terms for customers who have run into temporary difficulties caused by the pandemic. The total moratoria granted amounting to €1,011 million, a total of €1,006 million have fulfilled their grace period. Only 3.8% of this amount is doubtful. Loans guaranteed by the Spanish Official Credit Institute (ICO) total €1,761 million – 70.9 % of which are to small- and medium-sized enterprises and 8.7% to households. State-backed credit therefore now makes up only 4.9% of gross loans and advances to customers.

Thanks to this commercial activity, Grupo Cooperativo Cajamar has boosted its share of the domestic lending market to 2.9%, now holds 2.5% of all deposits in this market, and remains in ninth position in the ranking by turnover and eighth by gross income among the top 10 significant institutions in the Spanish financial system. 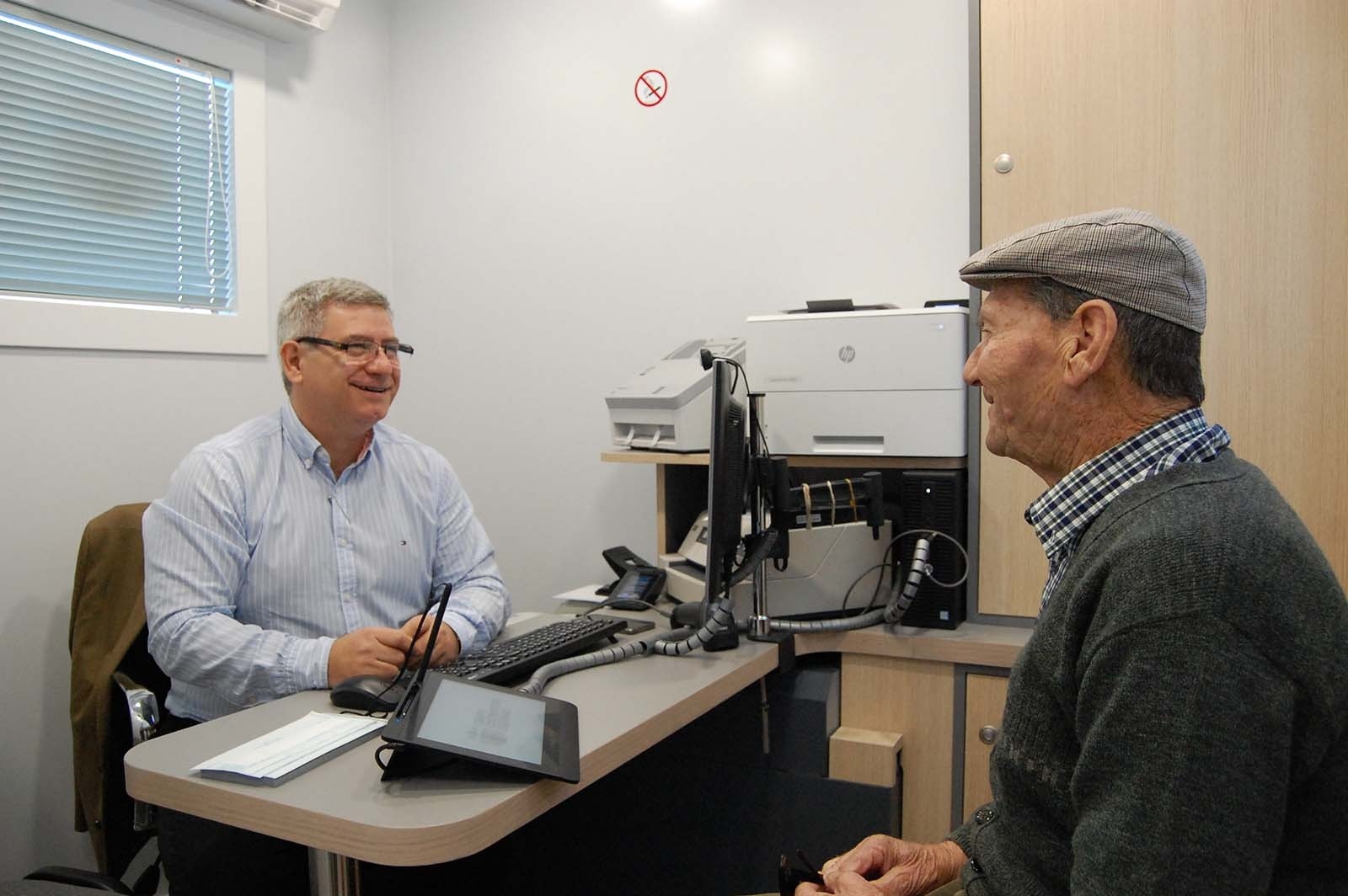 In 2021, around 100,000 individuals and businesses joined as customers and cooperative members of Grupo Cajamar entities, which now have upwards of 1.5 million cooperative members and 3.5 million customers served by 5,317 members of staff at its 1,030 offices and agencies. Some 30% of these are in towns with less than 5,000 inhabitants. Also worth mentioning are the 157 agencies and six mobile branches (in vehicles) that provide financial services in rural areas to towns and villages of less than 1,500 inhabitants. Cajamar also increased its branch network in 2021 with the opening of two new branches. One is in Vigo – a city it did not previously serve – and the other in Seville in a province where it already has 10 branches.

Furthermore, Grupo Cajamar’s digital banking, electronic banking and mobile banking channels plus its 1,535 ATMs are used by more than a million digital customers to carry out their regular transactions. This represents a 12.7% increase YOY. A total of 904,000 are mobile banking customers – up 25.5%.

The capital adequacy ratio has improved by 0.2 pp to 15.7%, most notably due to the YOY growth in eligible capital of 10.3%, driven by the increase in own funds and the completion of a subordinated debt issuance of €600 million during the year. The phased-in CET 1 ratio of 13.3% and fully-loaded ratio of 12.8% comfortably exceeds the regulatory requirements by €1,210 million (phased-in CET 1) and €721 million (T1), while Cajamar holds €671 million more than the capital adequacy requirement imposed.

A €500-million issuance of senior preferred debt was completed in the third quarter, which helped push the MREL ratio up to 18.2%, 1.7 pp higher than the MREL threshold set by the supervisor for 1 January 2022.

Meanwhile, customer deposits continued to grow, once again improving the loan-to-deposit ratio to 85.7%, 4.2 pp below the figure for the same period in the previous year.

The Group also enjoys a healthy liquidity position having posted a €13,248 million increase in available liquid assets, including both high quality liquid assets (HQLA) and other discountable liquid assets and deposits in central banks. It also has the capacity to issue mortgage-backed bonds totalling €3,227 million. All of this sees the Group easily complying with the limits set by the European Banking Authority, with a liquidity coverage ratio (LCR) of 206.1% and a net stable funding ratio (NSFR) of 138.1%.

Go-to bank in the agri sector

The cooperative bank Cajamar remains the go-to bank in the agri-food sector, having pushed up its market share to 15.3% in the Spanish primary sector (arable and livestock farming and fisheries) to which it offers a wide and specialised range of products and services, as well as technical and specialist advice and transfer of know-how to companies, co-operatives and producers.

In 2021 it continued to increase the number of projects aimed at boosting the competitiveness of, financing to and information management in the farming, fisheries and agri-food industry in Spain, while also providing lines of credit for projects financed using European funds, encouraging the uptake of farming insurance and supporting trade bodies and other associations in the sector. In this regard, it has entered into a partnership agreement with the Spanish Ministry of Farming, Fisheries and Food and has launched the  Plataforma Tierra platform with IBM to facilitate and accelerate the development of new solutions for its partners and customers, creating artificial intelligence models to boost the efficiency and sustainability of farming operations. It has also provided users with the first online tool for digital irrigation and fertiliser management.

Moreover, Cajamar continues to drive innovation and sustainability in the agri-food sector through research, studies and testing at its laboratories in Almeria and Valencia. These laboratories have organised 110 virtual and face-to-face knowledge transfer activities, which attracted over 8,700 participants.

It also attends trade fairs and helps organise business forums and meetings to discuss the challenges faced by Spanish businesses and the opportunities to modernise and innovate their operations available to them thanks to the European Next Generation funds. Furthermore, it supports exporters, partnering on promoting foreign trade and responding to exporters’ needs for finance for domestic and international expansion.

It also continues to share its knowledge with the business sector and society in general through new publications including: ‘Sustainable and innovative enotourism: success stories around the world’, which received an award from the International Organisation of Vine and Wine; ‘Observatory of the Spanish agri-food sector in the European context: 2020 report’; ‘Observatory of the agri-food sector in Spanish regions: 2020 report’; and Analysis of agri-food exports: 2020 report’, along with the regular reports on the status of the various markets and sub-sectors.

It has also published two new papers in the Mediterráneo Económico collection of works entitled: ‘Marine biodiversity: Risks, threats and opportunities’, coordinated by the science communicator Manuel Toharia; and ‘The future of pensions in Spain’, coordinated by the chair at Complutense University of Madrid and deputy director of Fedea José Ignacio Conde-Ruiz.

Cajamar’s cooperative banking model and commitment to supporting people, businesses and local productive systems is underpinned by a sustainability policy founded on its social, environmental and corporate governance pledge.

In 2021 it drew up and launched its Sustainable Finance Master Plan to build on and reinforce its sustainable culture, respond to the demands of international regulatory bodies, contribute to devising a decarbonisation road map to cut CO2 emissions and achieve net zero by 2050. It is also accompanying its partners and customers during their fair transition to a low carbon economy.

As a further step in its strategy to free up and allocate funds in relation to the sustainable economy and contribute to hitting the European Union’s environmental and social objectives, in 2021 Cajamar established a Sustainable Bonds Framework under which it plans to issue social, green and/or sustainable bonds as an effective instrument through which investments can be channelled to tackle social exclusion and drive sustainable development. In addition, it has established screening criteria, valuation strategies and unwanted relations, having put a series of ecological transition exclusions and ethical exclusions in place.

Cajamar is also a member of several organisations working to champion sustainable finance and curb climate change. It is a signatory of the United Nations Global Compact, a member of the UNEP FI and a founding signatory of the Principles for Responsible Banking. It reports its carbon footprint to Carbon Disclosure Project (CDP). It also champions and follows the recommendations of the Task Force on Climate-Related Financial Disclosure (TCFD) regarding sustainable finance matters. It has also joined the Science Based Targets initiative, pledging to establish Net Zero emissions reduction targets.

Turning to transparency and management, it calculates its carbon footprint annually and offsets 100% of its emissions by purchasing credits for the “Conservation of the Amazon in Madre de Dios, Peru” project, thus contributing to reducing deforestation in the area and sustainable management of the forest to generate benefits for the local communities.

Thanks to all this work, Grupo Cooperativo Cajamar was handed a Top-Rated ESG Badge by Sustainalytics in 2021, ranking it among the 50 highest scoring companies in the world for management of environmental, social and corporate governance risks. This acknowledgement has also enabled it to obtain three key seals of excellence that position it among the best in the world (ESG Global 50), regionally (ESG Regional) (Europe) and in its sector (ESG Industry) (banking), as published in the Sustainalytics ESG Risk Rating report.