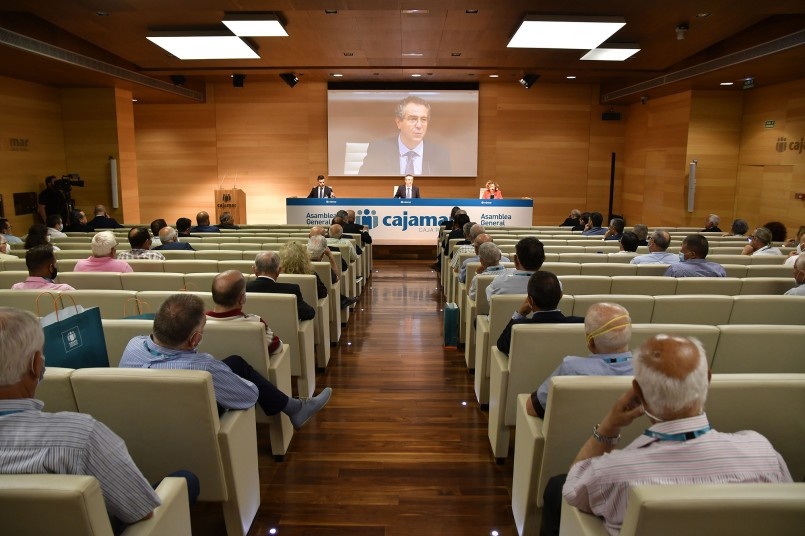 Eduardo Baamonde brought Cajamar's Annual General Assembly to a close at noon today, during which he was re-elected as chairman for another four-year term of office. Baamonde underscored the success and forward-looking vision of the corporate banking model that the bank has been the flag bearer of in Spain for four decades: “We mustn't lose sight of the fact that the banking business is based on trust and trust is only won over time, founded on consistency and coherence between words and action”.

During his speech, he reflected on the Spanish financial sector's position: “We know challenging times lie ahead that will probably result in further adjustments for the banking sector. However, I want to let you know that, in this regard, we will forge ahead with our growth strategy and at our own pace. We will leave the doors open to continue progressing with our corporate banking project nationally, joining forces but without deviating from the course we have plotted, our road map, and without renouncing the essence of our raison d'etre”.

Cajamar's chairman reminded the audience of the work of its directors and staff over the last 10 years which, aside from enabling the organisation to overcome the 2008 crisis, “puts us on a great footing to comfortably deal with a potential spike in default rates because of the slowdown caused by coronavirus”. He also highlighted that the growth and diversification drive over the last four years has led to “the bank extending its reach into six new provinces, increasing its customer portfolio and gaining financial clout while remaining an accessible and, above all, useful bank. A bank with a long-term vision that is totally committed to our customers and the economic and social development of the areas in which we operate”.

Speaking before the General Assembly, Eduardo Baamonde also referred to the health crisis due to coronavirus: “Spanish society has once again demonstrated its great ability to rise to a challenge and its solidarity that has made us proud of the country we live in. At the same time, companies today are better prepared than in the past, with less debt, a greater international presence and more professionalised than 10 years ago. While it's true that sectors and businesses such as tourism and hotel and catering and small enterprises are suffering the most from the impact of the health crisis, it is also the case that the liquidity measures adopted by the EU and the Spanish government and the response of financial institutions should protect production capacity once the limitations arising due to the state of emergency are overcome”. 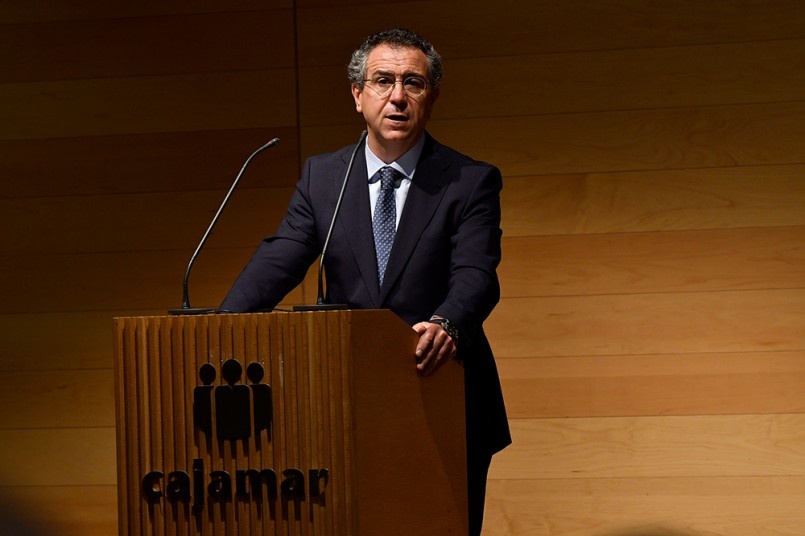 A lesson for the future

Cajamar's chairman noted that – as in all crises – the people, businesses and public officials have learnt lessons that must serve to consider the present in a different light and look to the future with optimism and a greater sense of collective responsibility. “One of these is the need to bolster the productive fabric of Spain and the EU. It's clear we need to value the importance of producing essential goods and services such as food and finance, as medical supplies and research should have been”.

Baamonde believes it is a time to reflect on the need for European policies that reduce the bloc's reliance on importing those goods and services deemed to be strategic. “We live in an economy and a society that are interdependent and consequently, vulnerable. We must therefore use this health crisis as an opportunity to weigh up and evaluate what is really important; what we took for granted and which we have discovered can be lost in a matter of days if we don't have the right strategies in place”.

Society is clamouring for governments and institutions to find short-term, solutions, “but we need long-term strategies that go beyond just overcoming the immediate problems”, he stressed. In light of this Baamonde called for investments in health, caring for our elderly, and a productive and sustainable, knowledge-based economy. “Europe must regain global leadership in research, especially if it wants to continue with the well-being economy model. It must know what role it wants in the world. I don't know if there should be one or several speeds in the European construct, but what I have no doubt about is that the European Union cannot stand on the sidelines watching the transformations that others are at the forefront of”.

“We are in a globalised market, with customers who demand continuity and efficiency from us; we will only be able to offer this if we have policies that go beyond one political term of office and so agreements are needed within national and European institutions. Criticisms and condemnations don't achieve anything; we want answers and assurances that bring visibility to our projects – which are, by definition, forward looking: water, energy, education, R&D and innovation, digital and analogue communications infrastructure – but above all, certainty”, he stressed.

The 180 delegates at Cajamar's General Assembly – held simultaneously at midday today in 10 different offices connected remotely – approved the individual annual accounts and directors' report for 2019 presented by the bank's general manager, Francisco González. They also elected the bank's new Governing Board who will serve for the next four years.