Grupo Cajamar raised its income by 4.1%, to €47 million, on the strength of the corporate business and agri-food sector

Growth of the business

Retail funds on the balance sheet increased by 7.6%, with the contribution of a 10.9% rise in demand deposits. At the same time, the results of activity in investment funds, insurance and pension plans raised off-balance-sheet funds by 2.5%. As a result, managed retail funds increased by €2,214 million over the last 12 months, for 6.9% year-on-year growth.

Grupo Cajamar continued to increase its financing to customers, with 1.4% year-on-year growth in performing retail loans to clients, to €28,836 million, of which 43.5% went to its strategic sectors: corporate, with a 10.1% increase, and the agro sector, with a 5.2% rise.

As for turnover, Grupo Cooperativo Cajamar ranks eleventh among material Spanish institutions. And Cajamar reaffirmed its status as a benchmark institution for the agro sector, once again raising its share of the domestic market, which now stands at 14.71%, on the strength of its relationship with all agents in the sector, its broad and specialised offering of products and services for the entire agri-food chain, as well as important technical expertise and the transfer of knowledge to companies, cooperatives and producers.

In addition, it has continued to improve its market shares in the Spanish financial system, both in investment, with 2.92%, and in deposits, with 2.27%, on the back of its differential performance as a social bank and cooperative.

On the strength of higher turnover and gross income, as well as the containment of operating expenses, among other factors,Grupo Cooperativo Cajamar had, as of June, €72.11 million in profit before tax, 33.2% higher than in the first half of the previous year, while its net consolidated income climbed to €47.01 million, a 4.1% increase.

In a difficult interest-rate environment, Cajamar cooperative bank maintained its net interest income, while its gross income increased by 29.9% year-on-year, on the strength of non-recurring profits from financial transactions and a 27.7% year-on-year increase in the income of companies with strategic alliances.

The upsurge of revenue and the containment of operating expenses, which decreased by 2.2% year-on-year, contributed to a 14.2 percentage point improvement in the cost-to-income ratio, to 43.39%, and to a 73.3% increase in the operating margin.

Grupo Cooperativo Cajamar has continued to clean up its balance sheet and strengthen its credit risk coverage. In the first half of the year, its credit quality improved, as it used a large part of its earnings to write down impairment losses on assets. Hence, Cajamar improved its NPL coverage ratio to 46.91% and its irregular asset coverage ratio to 50.44%, including the reductions during the foreclosure process.

It also continued to improve its management of total non-performing risks, with a 19.3% reduction (€529 million) from the second quarter of the previous year, thus lowering its NPL ratio by 1.65 percentage points to 6.84%. The volume of gross foreclosed assets continued to gradually decline, with a year-on-year reduction of 8.8%, accompanied by a coverage ratio of foreclosed assets of 52.93%, including the reductions during the foreclosure process.

In addition, Cajamar maintained a comfortable wholesale financing level and unrestricted access to wholesale markets, a high capacity to generate liquid assets and a comfortable liquidity position, complying with the European Banking Authority’s limits, as maturities were covered for the coming years and it had unrestricted access to markets and high volumes of securities that are discountable before the ECB. The liquidity coverage ratio (LCR) stood at 217.23% and the net stable funding ratio (NSFR) at 126.55%. 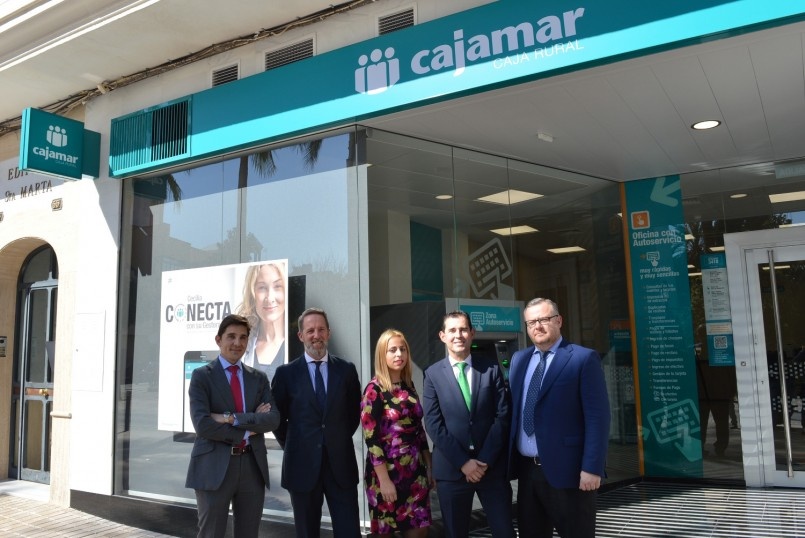 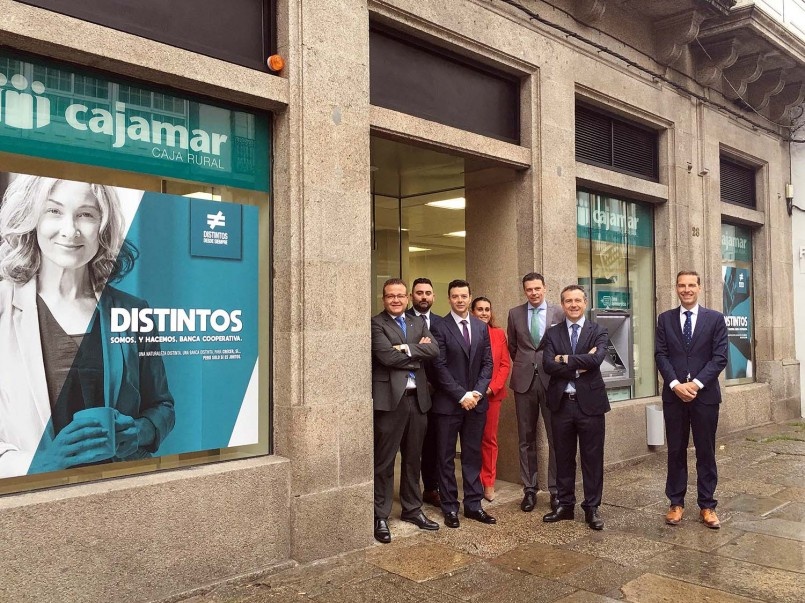 Cajamar Cooperative Group’s commercial efforts place customer experience at the centre of the business, offering value products and services to the Group’s more than 3.4 million customers through its 964 branches and 1,534 ATMs. In addition, it is progressing in digitalisation, with 776,000 digital customers, 455,000 mobile banking users and 224,000 Wefferent account customers – digital users who prefer to do their banking online, without fees and with a free card.

Cajamar cooperative bank remains committed to the development of a productive and sustainable economy, based on know-how, innovation and social responsibility, promoting and carrying out knowledge transfer activities, publications and research projects in which it collaborates with public agencies and research centres, technology companies and agri-food companies.

Hence, in the first half of 2019 it organised and sponsored business forums throughout Spain to contribute to fostering entrepreneurship, in addition to moving forward with its own programmes in financial education and responsible finance and continuing to promote dialogue for the conducting of other social, cultural and sports activities. In total, more than 50 events were held, at which 10,000 persons participated.

In addition, to support the productive and sustainable economy, the professionals of Cajamar’s Agri-Food Innovation Area informed companies, professionals and researchers of the start-up of the Cajamar InnovaCenter, an incubator of high-tech water enterprises. This project will soon open its doors to SMEs, entrepreneurs and technological experts in the new technologies related to efficient and sustainable water use, contributing solutions to successfully meet the great challenge of having sufficient, quality water and to ensure that human activity in general and that of the agri-food sector in particular is viable and sustainable. This initiative receives the financial support of ERDF funds, and in its first five years of work it is expected to support more than 84 companies linked to water technologies and to contribute to the establishment of 36 new enterprises that will create more than 260 skilled jobs in this area.